What! You Can Now Buy Gene Simmons House With Cryptocurrency 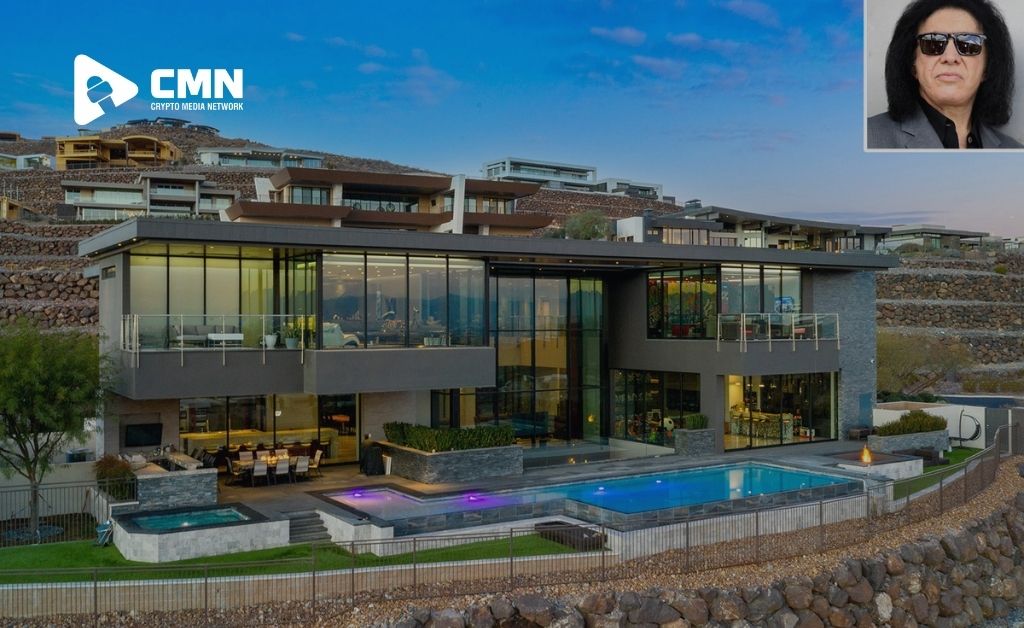 Buying a mansion has never been this easy if you love crypto. But, this is exactly what Israeli-American musician Gene Simmons is saying. He had been a fan of the crypto world for a very long time. The musician has recently announced the upcoming sale of his $13.5 million mansions in Nevada. He accepts payments in cryptocurrencies such as LTC, BTC, and ETH. So, for those who are willing to buy the mansion and have a decent collection of crypto, there is a chance that they might be able to buy the house for sure. Gene Simmons is a rock legend and has said that he will accept the payments to sell his home in Las Vegas.

Gene Simmons is an iconic bassist and the co-lead singer for Kiss, the most popular rock band. For those interested in buying the house, Simmons is going to accept the payments in Uniswap, Bitcoin, Ethereum, Polkadot, Litecoin, Aave, and others. The listing Broker named Evangelina Duke Petroni, from Berkshire Hathaway Home Services made a statement in the Las Vegas Review-Journal in an interview on the 1st of February that any particular payment with crypto will be verified properly through the closing costs along with commissions and taxes as well.

The mansion is a three-level one that spreads across about 11000 sq ft. It is situated in the Ascaya luxury community that overlooks the skyline of Las Vegas. Although there was no further clarification by Petroni, she did say that a particular currency will only accept the payment if it is properly accepted in the traditional standards for sure. Simmons always describes himself as a properly outspoken supporter and proponent of crypto, and this offer made by the rock legend for the sale of his house is a testament to that fact.

He said: “It is the future of money, and it just makes sense to offer interested parties the option of using cryptocurrency to purchase the estate.”

The Rock Demon has had a fair share of experiences with the entire crypto scene. Back in 2017, the musician made it clear that he was always interested in Bitcoin ever since it hit the market. He made this announcement during the interview that he had with the Street. Simmons also made a lot of news back in the year 2020 when he made some elusive comments while Tweeting the co-founder of Gemini Cameron Winklevoss and suggested that he was amazingly working on making any cryptocurrency even more accessible to the users.

On the 1st of February 2021, Simmons made a tweet confirming he owned both Ripple (XRP) and Dogecoin (DOGE). Six days later, he made a return to Twitter to share that he had bought even more DOGE, and also on the 19th of February, claiming he had purchased $300,000 worth of Cardano (ADA).

Simmons originally got his property for $10.8 million in May 2021, and before he listed it for sale at $14.95 million in the month of October, which was not even six months later. However, he isn’t just the only celebrity who has claimed to accept payments in crypto. Back in June 2021, DJ David Guetta put his luxury $14 million apartments on Miami Beach up for sale and accepted payments in BTC and ETH.